Oberammergau Passion Play - In 1633, the residents of the beautiful Bavarian village of Oberammergau made a vow, that if God would spare them from the plague which was ravaging Europe they would produce a play thereafter for all time depicting the life and death of Jesus Christ. True to their word the first Passion Play was performed in 1634, and has been taking place since that time. Now performed every 10 years, between May and September in a spectacular open theatre with the Bavarian mountains as a natural backdrop, with a cast of over 2,000 local people performing over a 5 hour period. With 2020 heralding the 42nd Passion Play this is a special event not to be missed. The performances are held in the afternoon and continue through to the evening with an included dinner break in between.

Depart local pick ups and travel to Dover for our crossing to Calais. We continue our journey to our overnight hotel accommodation with dinner, bed and buffet breakfast included.

We continue to our journey to Italy and to our selected 4 star hotel/Gasthof/Pension in the Lake Garda region for a 5 night stay with dinner, bed & breakfast included.

Verona
Today´s tour of Verona will illustrate the delights of this city and its rich offerings of 12th Century churches and museums. See the Piazza delle Erbe, the heart of the historic quarter and the views from nearby Lamberti’s Tower, built in 1463, which is Verona´s tallest. The Casa di
Guilietta, Juliet´s house, with its narrow stone balcony is a must, as is the Roman Arena, the third largest in Italy and home to the internationally famous Opera Season from June to August.

Bardolino Wine Route
Take a relaxing ride around some of the vineyards and beautiful countryside of the renowned wine areas of Bardolino and Valpolicella. Enjoy a guided tour of a local winery and learn how vines are cultivated, grapes processed and the wine made. You may even get to taste it too! The land in this region is also used for olive growing and you will also visit the Olive Oil Museum, just outside Bardolino, with exhibits and artefacts showing the primary processes in
olive oil production.

Venice
Your Venetian city tour will take in the magic of St. Mark´s Square, the Basilica and its Campanile or bell tower, with breath-taking views of the city. Sights such as the Gothic Doges Palace, Palazzo Ducale, the seat of Venetian government for 7 Centuries await, as does La
Pieta, as it is affectionately known, the highly acoustic oval church most associated with the composer, Vivaldi. Enjoy a special Bingo Quiz night with your tour guide this evening.

Malcesine & Riva del Garda
Take a scenic drive up to the town of Malcesine. Stroll around this beautiful place and visit some of the traditional Italian shops. Find local products, great bargains and probably a last minute souvenir. Afterwards board the ship heading to Riva del Garda, enjoying some time at leisure before returning to your hotel.

Travel to the Ammergau Alps Region via Innsbruck
We travel today via Innsbruck, the Tyrolean capital, twice host city to the Winter Olympic Games. Your city guide will show you the highlights of this charming Alpine City, including the most famous landmark of all, the little "Golden Roof". Following some free time to explore, continue on to the Ammergau Alps region, where your accommodation for the next 2 nights is located. Dinner will be served this evening in a restaurant in the vicinity of your pension.

Oberammergau and the Passion Play
Following breakfast in your accommodation, travel by coach to nearby Oberammergau. Wander through this historical town and visit the Oberammergau Museum. Lunch will be served, and the Passion Play will commence at 2:30 pm. Dinner will be served in the 3 hour interval (between 5:00 pm and 8:00 pm), and the performance will finish at approximately 10:30 pm. Return by coach to your accommodation.

We depart after breakfast and travel to our overnight accommodation with dinner, bed & breakfast included. 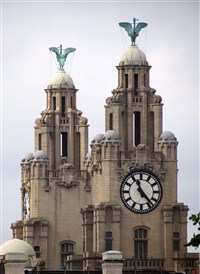 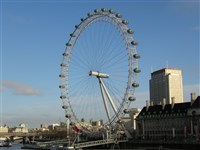 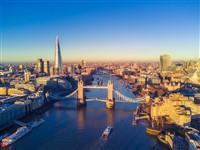 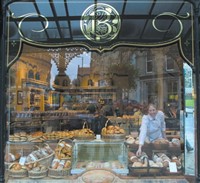 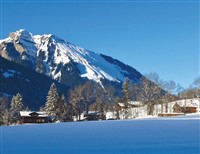