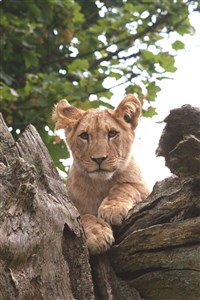 Longleat Safari & Adventure Park has been one of the UK’s best-loved attractions for over 60 years. It features an extensive Safari Park, is home to BBC Animal Park and CBBC Roar and also has over 15 fabulous attractions, including the new multi million pound Jungle Kingdom and Longleat House, one of the most stunning stately homes in Britain.

Longleat Safari Park - The UK’s no. 1 Safari Park first opened its gates to the public in April 1966; the first of its kind outside Africa.

Longleat Adventure Park - Over the years Longleat has grown to incorporate a whole range of fun-packed family attractions, including Jungle Kingdom; a newly opened multi-million pound attraction where visitors can get right up close to the animals. Other highlights include the Adventure Castle – an amazing kid’s adventure playground and castle, the Longleat Hedge Maze – one of the world’s longest labyrinths, new for this year – deer feeding at Deer Valley.

Longleat House - Set within 900 acres of Capability Brown landscaped grounds, Longleat House is widely regarded as one of the best examples of high Elizabethan architecture in Britain and one of the most beautiful stately homes open to the public.

Your 'All In One' Day Ticket includes entry into:

IMPORTANT NOTE:  Although your entry ticket includes 'Monkey Drive-thru, WE DO NOT TAKE THE COACH THROUGH THIS AREA OF THE SAFARI PARK DUE TO DAMAGES CAUSED BY THE MONKEYS.

Depart local pick ups and travel to Longleat with 'All In One' entry ticket included. We depart Longleat late afternoon and make our way back home to your original departure point. Details subject to alteration

All In One Ticket

* Although your entry ticket includes 'Monkey Drive-thru, WE DO NOT TAKE THE COACH THROUGH DUE TO MONKEY DAMAGE

We have strived to give you what you prefer, less pickups, quicker service and better price.

So our pick ups have been trimmed to give a swifter journey and our price is the same for everyone.

For those in our Local service catchment area, anyone producing a valid DAYTRIP Travel Ticket can join our 100 service to Edwards Llantrisant depot free.

Little Trains of the Pyrenees

Prague and the Czech Republic

Malvern Hills and the Cotswolds